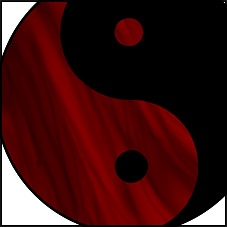 Cult of the River God

This is the second Tzu Lung story that I wrote, chronologically. In terms of content, it has started to vary reasonably far from the previous Tzu Lung story insofar that as opposed to being straight fantasy it now has horror elements. The reason for that is my deepening conviction that fantasy is, by it's very nature, horrific. A world populated by immensely powerful supernatural entities is a terrifying place - so terrifying that it is routine theological systems to posit the existence of such malevolent supernatural entities. The emotional force of these purely fictional entities is so great as to serve as an effective system of indoctrination. People are so terrified of demons, dragons, monsters and gods that they can, and are, controlled in real world ways. Even though such beings do not, in fact, exist.

So, then, how much worse would it be for people to live in a world where they did exist? Where human beings were not atop any food chain at all, not physically, not intellectually, culturally, technologically . . . if our existence and appearance of dominance was merely a brief coincidence, or a cultural fiction?

While not yet fully developed, Cult of the River Gods represents a transitional phase of thinking about fantasy for me. It probably also qualifies as Lovecraftiana, but I won't go too much into that right here and now.

Sweet as Blood, Biting as a Sword

In part for contrast, I have decided to post a somewhat older story that represents my writing style before I changed a fair bit of it to write Condotierri and Simon Peter. The story is sword and sorcery fantasy with a kung-fu, pseudo-Chinese flavor to it. The character, Tzu Lung, uh, he started out in . . . Dungeons & Dragons. I was, and am, really, a fairly committed role-playing gamer. The character started off as the Undying Emperor, who I had envisioned as a black legend, cruelly ruling for thousands of years a vast empire, but doing so in order to stave off demonic threats.

As I started developing the character for fiction, he turned into an anti-Conan. Tzu Lung was austere, controlled, intellectual as opposed to the brooding and laughing, wild and barbaric Conan. I was also aware of Elric of Melnibone as another anti-Conan, so in some ways Tzu Lung is also the anti-Elric, who does what he is doing to better the world rather than to selfishly destroy it and is merely swept up in events beyond his control.

This is, chronologically, the first Tzu Lung story. I have several others that I could be persuaded to post. The stories are well-written, fast paced, and all the things my regular readers have come to expect, but I think people will see a different style in it than I've used in my more recent material.

As always, comments are welcome and if you think you know someone who might like the story, you should spread it around! 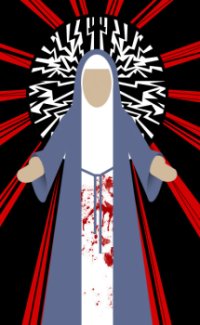 Immaculate Conception is a short story (of 4461 words) written in the style of my current novel project, Simon Peter. It is meant to be a teaser for the novel, itself, showing the take I'm using for telling the story of Jesus, St. Peter and the origins of Christianity as being started by the same sorts of people that start cults in modern history: a group of religious fanatics, madmen, charlatans surrounded by a storm of sexual depravity, physical and psychological abuse.

"Immaculate Conception" is a story about the conception and birth of Jesus. The story contains nothing mystical, but offers a purely physical story about how it could happen. I am not saying it did happen this way. The birth of Jesus, even from Biblical sources, is confused. In one place Jesus is born in a house attended by kings, in another place he is born in a stable and attended by shepherds. I'm not sure I believe in the physical reality of Jesus at all. But in "Immaculate Conception", as in Simon Peter, I want to open a discussion about the nature of messiahdom, itself, and dispel the idea that Jesus as a historical person needs to be taken seriously as a social reformer, or rebel against Roman conquest or Jewish corruption. Most messiahs are charlatans, insane, or both. Most people who claim supernatural powers, in my readings, have backgrounds of neglect and abuse. For this story, and Simon Peter, I posit that Jesus came from such a family, and in "Immaculate Conception" I have written about his family as being typical of messiahs, born in pain and madness, leading to charlatanry and madness.

Important Note: This story is filled with sex and violence. All my stories are. But this one also has characters about whom Christians are likely to be emotionally invested with. So, if you're easily outraged by sex and violence, the odds are you shouldn't read this story. 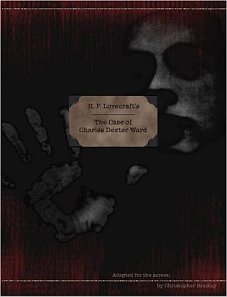 The Case of Charles Dexter Ward

The Case of Charles Dexter Ward is a screenplay that I wrote, adapting the classic horror novella by H. P. Lovecraft. For a long time I've been frustrated that there were no decent screen adaptations of Lovecraft's work, so I decided to get the process started on my own by writing a screenplay that wasn't so stupid that I wanted to gouge my eyes out. It was also an exercise in adapting stories to the screen, to help understand why screenwriters and directors make the decisions they do during the course of an adaptation. In both respects, I feel that I have succeeded strongly. My adaptation of The Case of Charles Dexter Ward remains true to the spirit of the original novella without being a lurid mess (which, those of you out there versed in Lovecraftiana know is very common). So, for a good story of horror, download this and read it! (Also, don't be so concerned about the page count -- yes, it has a lot of pages, but it's really about 20,000 words long, which is actually considerably shorter than the novella upon which it is based. Screenplay formatting takes a lot of space.)
| 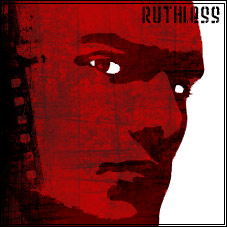 Ruthless and Defiled is a long-ish short story that was, basically, proof of concept for Condotierri. Ruthless and Defiled has a lot of the same themes – anarcho-capitalism, corrupt security corporations and class struggles play crucial roles in both stories. Ruthless, though, also contains a heavy element of racism which isn't present in Condotierri because Condotierri is more science-fiction than Ruthless. People in Condotierri can, functionally, change their appearance at will, so attributes of race are hidden and not considered as important – thus, there is less overt racism. I wrote it, however, to see if I could, as an author, write something so sustainedly grim and uncompromising. Dante Wakefield, the protagonist of Ruthless, is the moral opposite of an action hero. He does everything that an action hero does – he's a go-it-alone maverick that uses violence to get what he wants ostensibly in the Dirty Harry mold – but while most of those rogue cop stories justify the cop's brutality and criminality by saying that it was somehow necessary, that you have to break the law to save it nonsense, Ruthless presents the corruption and violence as ugly and unnecessary, putting a lie to the notion that a go-it-alone superman does any good in this world at all. Or, at least, that's some of the backstory, here. That, more than anything, that corruption and violence amongst police is always detestable, that it isn't justified and doesn't make the world a better place, is shared with Condotierri.
|